Help-With-ADHD.com brought to you by Cognition Quest Resources

ADHD is the most commonly studied and diagnosed as a psychiatric disorder in children.  Attention Deficit Hyperactivity Disorder, is diagnosed as a mental disorder.  It is actually a developmental neurobehavioral disorder frequently found in children and often carried into adulthood. Certain traits such as impulse control lag in development. Using magnetic resonance imaging of the prefrontal cortex, this developmental lag has been estimated to range from 3 to 5 years. These delays are considered to cause impairment. ADHD has also been classified as a behavior disorder.  For Help With ADHD a diagnosis does not, however, imply a neurological disease. While the childhood incidence is treated by several methods, the adult manifestation of this disorder is rarely treated.   Symptoms for both are similar. difficulty staying focused and paying attention, difficulty controlling behavior, and hyperactivity (over-activity). With a tendency to develop coping mechanisms to compensate for their impairments. Many aspects of daily life that most of us take for granted become more and more difficult.

Help With ADHD Diagnosis for help in finding a Health Professional for Diagnosis: Find a Provider Near You

The National Institute of Mental Health www.nimh.nih.gov estimates that 3 to 5 percent of children globally are affected with symptoms starting before seven years of age. [in a classroom of 25 children at least one will have ADHD].  The Diagnostic and Statistical Manual of Mental Disorders 2 (DSM-IV-TR) www.psych.org/MainMenu/Research/DSMIV.aspx classifies childhood ADHD by three sub types:  inattention, hyperactivity and impulsivity; these behaviors are also found in normal children at a much lower level.  It is the level and frequency of these behaviors that require a qualified assessment that may lead to a diagnosis of ADHD.  The overactive

(Attention Deficit Disorder), however one is also characterized by hyperactivity ADHD

The three subtypes of ADD/ADHD are identified: 1) Predominantly hyperactive-impulsive (does not show significant inattention)2) Predominantly inattentive (does not show significant hyperactive-impulsive behavior) 3) Combined type (displays both inattentive and hyperactive-impulsive symptoms)Because so many children display these behaviors, Help With ADHD, the diagnosis relies on demonstrating these behaviors in an age inappropriate manner.  The DSM-IV-TR breaks down these subtype symptoms as follows:Hyperactivity-ImpulsivityHyperactive children always seem to be “on the go” or constantly in motion. Impulsive children seem unable to curb their immediate reactions or think before they act.Signs of hyperactivity-impulsivity are:•    Feeling restless, often fidgeting with hands or feet, or squirming while seated •    Unable to remain quiet and attentive such leaving a seat in situations where quiet behavior is expected. •    Blurting out answers before hearing the whole question.•    Often talks excessively.•    Having difficulty waiting in line.•    Speaking very quickly and running words together, and sometimes skipping order of phrases.InattentionChildren who are inattentive have a hard time keeping their minds on any one thing and may get bored with a task after only a

few minutes. If they are doing something they really enjoy, they have no trouble paying attention. Signs of inattention are:•    Becoming easily distracted by sights and sounds. •    Failing to pay attention to details and making mistakes. •    Rarely following instructions carefully and completely.•    Has a tendency to lose or forget things what they doing sometimes in mid action.•    Skipping from one uncompleted activity to another.  Even stopping in mid sentence.•    Often interrupts or intrudes on others (example: butts into conversations or games).

The American Academy of Child Adolescent Psychiatry (AACAP) www.aacap.org/  Considers it necessary that the following

be present before attaching the label of ADHD to a child:•    The behaviors must appear before age 7.•    They must continue for at least six months.The symptoms must also create a real handicap in at least two of the following areas of the child’s life:•     The classroom•     The playground•     At home•     The community•     In Social settingsEven if a child’s behavior seems like ADHD, it might not actually be ADHD; careful attention to the process of differential diagnosis is mandatory for Help With ADHD. Many other conditions and situations can trigger behavior that resembles ADHD. For example, a child might show ADHD symptoms when experiencing:•    A death or divorce in the family, a parent’s job loss, or other sudden change.•    Undetected seizures.•    An ear infection that causes temporary hearing problems.•    Problems with schoolwork caused by a learning disability.•    Anxiety or depression•    Insufficient or poor quality sleep•    Child abuseA diagnosis of childhood ADHD is made when a child exhibits some or all of the symptoms of either type of ADHD for a period of six months or more.  The diagnosis includes a full medical examination, discussion of medical history and an exploration of other probable causes including, but not limited to, thyroid and anxiety problems.  For more information on Diagnosis.A strong family history of ADHD may also be informative, given the strong genetic component of the disorder.

For Help With  Adult  ADHD
[For the purposes of simplicity we will primarily use the term ADHD (attention deficit hyperactivity disorder).  However much of the information included in this text will include ADD (Attention Deficit Disorder) which is obviously not characterized by hyperactivity.] 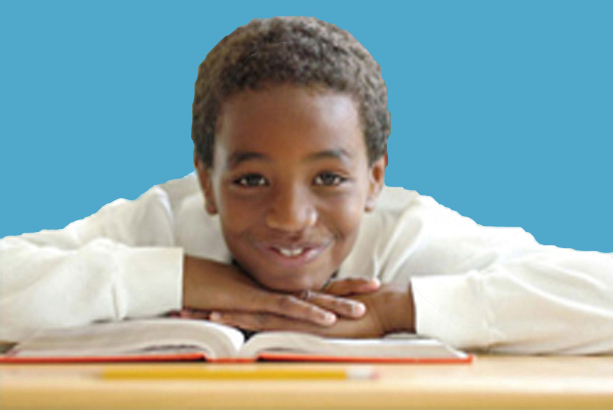 We are attempting to present a complete look at Attention Deficit Disorder ADD and Attention Deficit Hyperactivity Disorder ADHD.While providing an ever expanding look at as many viable and legitimate courses of treatment, educational and therapeutic alternatives.Providing you with a comprehensive list of professional clinical providers who may assist you.We are not giving preferential treatment to any one option in particular, so that you may have an opportunity based on a broad and judicious examination, to make choices which are best suited for your individual needs and desires.
The  ultimate goal of Cognition Quest Resources is to provide
online educational material to the community.To provide assistance in developing resilient, adaptable personally fulfilled individuals who may achieve their greatest potential.

For Help With ADHD